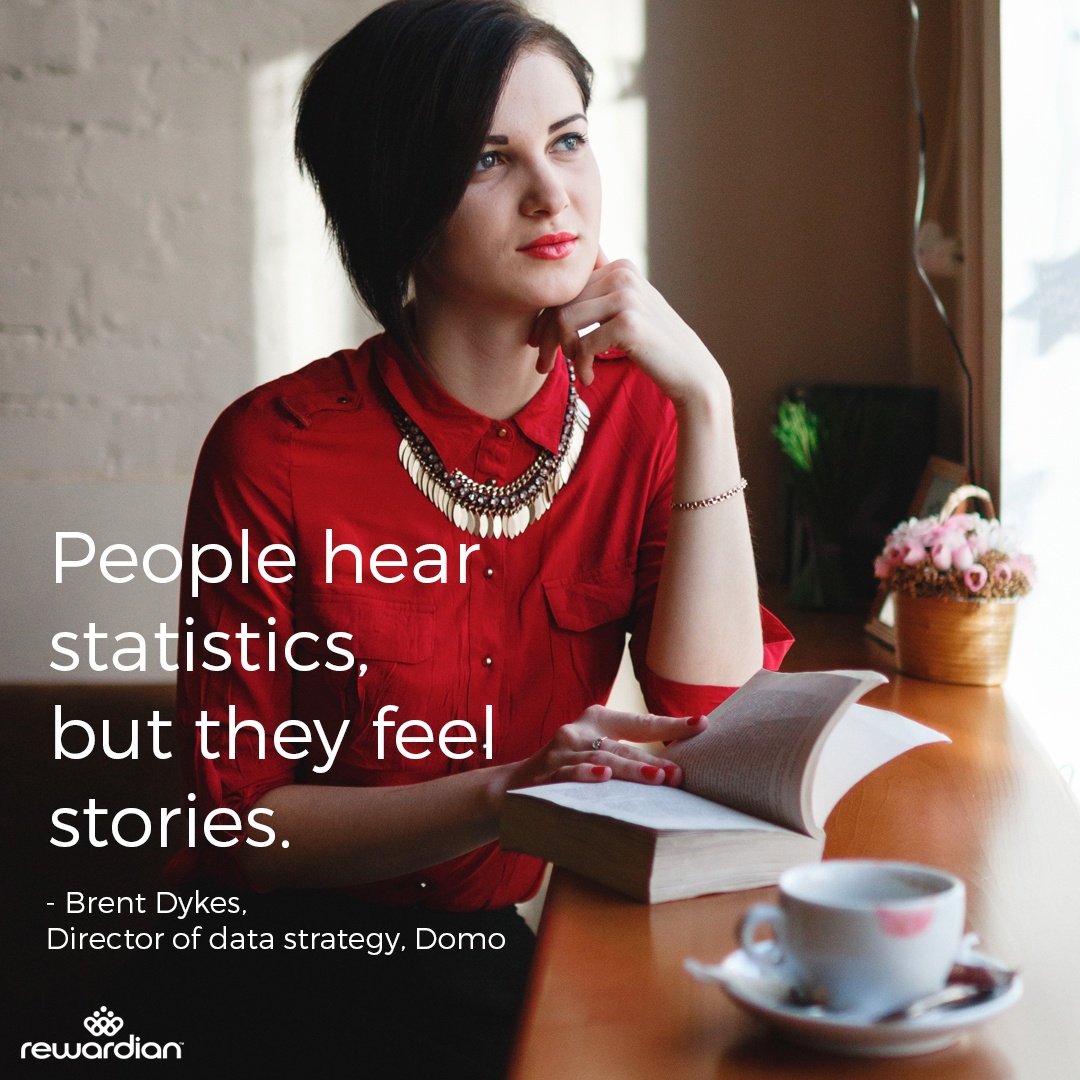 Data Told as a Story is More Memorable Than on it's Own, Research Finds

Stories are twenty two times more memorable than facts alone. Throughout history, storytelling has been a proven to be a powerful delivery mechanism for sharing insights and ideas in a memorable, persuasive and engaging way. Even the most popular TED talks, are made up of 65% stories, which may be why many find them so compelling. Many may believe that facts should be memorable enough on their own, as long as they are delivered in a clear,  concise way. According to USC professor Antonio Damasio, this thinking is actually incorrect.  Neuroscientists have confirmed decisions are often made based on emotion, and not logic. Through studying patients with brain damage in the area that  processes emotions, it has been proven that emotions play an essential role in decision making. Those with brain damage in this specific area had difficulty deciding between alternatives. When you communicate data as a story instead of just presenting facts, you create a bridge for data to be absorbed by the more influential, emotional side of the brain.

According to a study by Stanford professor Chip Heath, 63% of those tested were able to remember stories, while only 5% could remember a single statistic. In a different study, it was found that stories are also more persuasive, and caused people to donate more often to a particular charity. Stories also cause the listener to be more engaged, and be less concerned with believing the statistic and being more concerned with finding out the end of the story. As mathematician John Allen Paulos observed, “In listening to stories we tend to suspend disbelief in order to be entertained, whereas in evaluating statistics we generally have an opposite inclination to suspend belief in order not to be beguiled.” Modern businesses must understand that data will be remembered only if presented in a notable way, unlike the typical spreadsheet or graph. Data storytelling represents an exciting, new field of expertise where art and science truly converge.